Published on November 1, 2010 under Media Clips

A group of outdoorsmen, and business owners are teaming up to promote and protect hunting in the state.

The grassroots effort is called “Hunting Works for North Dakota”. 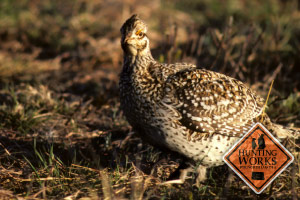 Group members say they are not political… but some states have lost hunting seasons and farmland… and they don’t want the sport to decline.

Instead, they want everyone to understand… it drives our state’s economy… especially in small towns.

(Terri Thiel/Dickinson Convention and Visitors Bureau) “Those people that are coming back after years of hunting and making friendships, they remember them at Christmas, they become parts of their family and it is an absolute wonderful way to keep hunting alive in North Dakota.” (Todd Jacobson/Sunlac Inn Owner) “It’s not just about the hunting of grouse, or what have you, it’s going to affect everyone from teachers down to the accountants to the convenience store clerks, and that’s why we have to protect it.

(John Arman/Ultimate Outdoor Adventures TV) “I want my kids to experience this, I want my grandkids to experience this, and I think with everything going on in this political world right now, a lot of B.S. if you ask me and we have to make sure that we stick together as hunters, and non-hunters, as people in the community of North Dakota and make sure we stay strong.”

“Hunting Works” has more than 40 partner organizations in the state.

Leaders say to put it in perspective… Taxes paid by hunters each year, could pay 360 teacher salaries.